How To Pass A Marijuana Drug Test

This page explains the basics of drug testing as it relates to marijuana users and how to pass each of four typical THC drug tests.  THC is the active cannabinoid in marijuana that gets you high. We have a variety of special packages to combat any method of drug testing.

There are around 113 different cannabinoids found in the Cannabis plant. The most studied cannabinoids include tetrahydrocannabinol (THC), cannabidiol (CBD) and cannabinol (CBN). You’re about to discover some eye-opening facts about marijuana drug tests that you won’t want to miss.

The first fact is: You don’t need to be completely free of THC or its metabolites to pass a marijuana drug test. You do need to have results below the federal drug testing cutoff levels for THC.

When dealing with the prospect of a marijuana drug test you will fare better if you can delay the test. You will benefit if you are able to put the test off for even a few days. Also, if you can choose the method of testing, you should usually select the saliva drug test. If you fail a drug test then demand a retest. Drug tests are not infallible, they show false positives all the time.

To begin with … all drug tests screen for metabolites, which are metabolized (broken down) byproducts of THC. We won’t be covering drugs other than marijuana but we will show you some products that will help you to test clean.

The problem is … many of these states still allow companies to deny employment based on a failed THC drug test. And that brings us to what the marijuana drug test is looking for. (Delta-9-tetrahydrocannabinol-9-carboxylic acid) is the specific Marijuana metabolite that is being tested for in a marijuana drug test. Find out the drug testing laws in your state, since they vary widely from state to state. United States federal agencies must follow drug testing procedures set forth by the Substance Abuse and Mental Health Services Administration (SAMHSA).

Collected samples are first screened with an immunoassay test like the EMIT®. EMIT is the acronym for the enzyme multiplied immunoassay technique. It’s the most common drug screen used in workplace drug testing. Positive results are then confirmed with the more accurate gas chromatograph-mass spectrometer (GCMS). The sensitivity of the test is determined by federal drug testing cutoff levels for marijuana which is 50 nanograms/milliliter (ng/ml).

In many states, employers have the legal right to test job applicants for drugs or alcohol provided the applicants know that the testing is part of the interview process for all employees. In most situations, the testing cannot be conducted until the applicant has been offered a position. Findlaw.com,

If you are headed for a job interview and know that you will be drug tested…take precautions. Daily marijuana users should refrain from smoking or ingesting Cannabis from the moment you decide to apply for the position. Find out what type of marijuana drug test to prepare for. Insist on the saliva test if given a choice.

Cannabis users can prepare for either the saliva test or the urine test. The most effective method of marijuana detoxification is to stop smoking or ingesting marijuana until you test clean using a home drug test.

Over an extended period of time, your body will detoxify naturally. You can speed up detoxification through exercise and hydration. You can also use products known to speed up the flushing of THC metabolites. In addition, if you drink a lot of water it will help flush many of the metabolites from your system.

How To Pass A Marijuana Drug Test — Saliva Drug Test

The Saliva drug test has become the most effective testing method for employment interviews. Saliva drug tests are also popular as random workplace drug tests. If you know that your place of work actively engages in random workplace drug tests, there are steps you can take. If the job you seek is highly sensitive in nature you may have to prepare for a Hair Follicle Test. The hair follicle drug test is the most stringent  We will cover it further down the page. We have a variety of special packages to combat any method of drug testing

Despite the rapid results obtained from the saliva drug test, it is still considered to be extremely accurate. The Saliva Drug Test is the easiest to pass since the marijuana metabolite remains in saliva just 24 hours.

How To Pass A Marijuana Drug Test — Urine Drug Test

A regular marijuana user’s cannabis use can be traced back for 33-48 days. For daily marijuana users, urine drug tests can trace marijuana usage back 49-90 days after smoking flower or ingesting edibles.

The wide range for metabolite detection is due to several factors. Cannabis user’s size matters because THC is lipid-soluble (soluble in fat). The more fat a person is carrying gives the THC metabolites a place to hang out.

Also, a person’s metabolism plays a large role in removing toxins from the body naturally. The more active your metabolism the faster you will test clean. The amount of THC in the Cannabis that was smoked or ingested matters because more THC produces more THC Metabolites.

How To Pass A Marijuana Drug Test — Random Drug Tests

For Marijuana users who are employed, but face possible random drug testing or short notice drug testing, there is hope. By using the Drug Detection Chart below you can determine your level of marijuana use. What type of drug test does your company use?

Find out what type of marijuana drug test your company uses.  If they use the saliva drug test, you know that THC metabolites stay in saliva for 24 hours, You also know that your metabolism can be faster or slower depending on your activity level. An inexpensive dollar store drug test or rite aid drug test will find how long THC stays in YOUR saliva.

Keeping some form of toxin flushing agent to increase your odds of passing, at all times, is advisable. In an emergency, Supreme Klean Saliva Detox Mouthwash is designed to remove toxins quickly and leave your saliva sample clean for 6 hours.

For surprise urine tests there are Supreme Klean 1–Hour Fast Flush Capsules. The capsules are designed to work as a flushing agent to cleanse your body of all unwanted toxins. Capsules remain effective from 1 hour after consumption up to 5 hours depending on the metabolism and level of toxins in your system. 1–Hour Fast Flush Capsules are designed for moderate to low toxin levels. They are not designed to detoxify a 250-pound daily marijuana user in one hour.

How To Pass A Marijuana Drug Test — Blood Drug Test

A Blood Drug Test for marijuana use is a better gauge of current impairment than a urine drug test. That’s one reason blood tests are used following an accident. Blood tests are also used for roadside sobriety tests. A blood test can detect the actual presence of THC in your system, but they can also be sensitive to other metabolites as well.

The hair follicle drug test is the most sensitive drug test and can trace drug usage back around 90 days. A standard screening requires a sample of at least 40-milligrams of hair or around 100 strands. Your hair grows about 1/2 inch each month. The sample taken will be around 1-1/2 inches long. We provide products to pass a hair drug test through the use of hair shampoos which will cleanse your hair follicles. 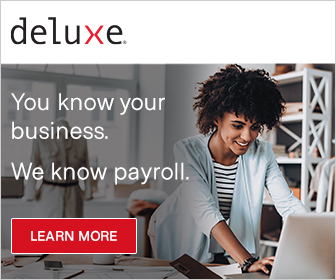